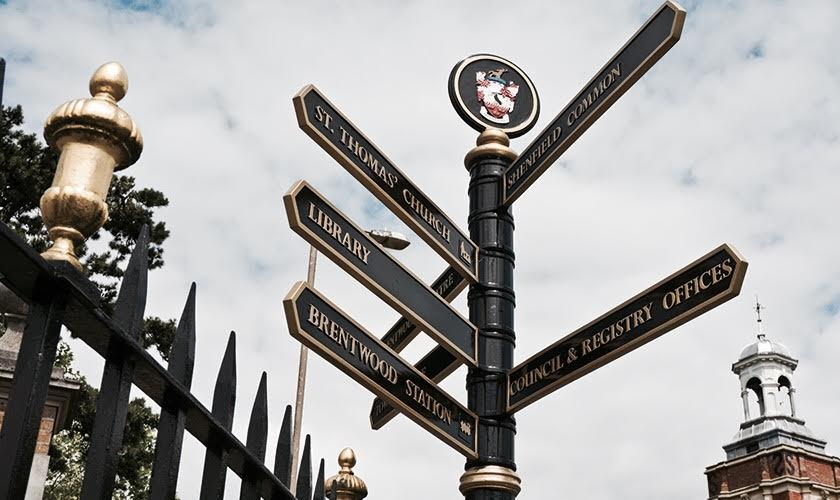 There's no doubt about it, we need more homes! But there is more to the LDP then just building houses. The plan will set out policies that will guide future development in the Borough and include Infrastructure, retail, leisure, transport and community facilities. Not withstanding, climate and conservation.

However, the possibility of large development in your neighbourhood is an emotive issue that can bring heartache to many.

I have met with residents on many occasions in relation to Honeypot Lane! Despite my best efforts I have not been able to stop its inclusion as a preferred site on the local development plan. However, I will continue to raise your concerns as well as feeding back updates as they happen.

LOCAL DEVELOPMENT PLAN
Town  Centre  Working  GroupI have seen a lot of change in our town centre over the years.  I am certain that further changes will be made in the future, some changes will be more welcome then others. Brentwood Council have now completed a Town Centre Review. Looking at ways to provide a better place to work, shop and live.  I was part of the working group that fed into this review, highlighting the various issues that you have raised with me over the past six years.  Parking, retail and leisure offer, as well as safety and the permeability of our High Street have all come under the focus of this group.  I feel strongly about the need to future proof our Town Centre. In the rapidly changing world of commerce any new developments built now need to be fit for purpose in ten years time let alone fifty years time.

I am extremely excited about the re-modeling of the Town Hall. Using the space more wisely and partnering with other bodies to create a community hub and save public money. The newly refurbished Town Hall will be opened Summer 2019.  However, the Police Authority are already operating from this site with 54 Police Officers working from the center of Town.

For information on Brentwood & Ongar Conservatives, please click on the Conservative logo at the top of the page.

Over the last four years, there has been an increase in fly-tipping in both England and Wales costing local authorities £58M last year in England alone. It is clear that this unscrupulous tipping of waste is more then just a local issue.  I have long campaigned for a cleaner greener Brentwood and was first elected in 2011 after raising the issue of litter in our rural areas.  In addition, I moved a motion at Full Council to investigate the powers available to local authorities to enforce litter clearance on private land.  This year the Government has launched a 25 year plan to tackle the menace of illegal waste and fly-tipping, giving the council the tools and powers to address this issue.

Household waste makes up to two thirds of fly-tipped waste, so now firms will have to register with the Environment Agancy for a low-risk waste operations permit.  Local Authorities can also now issue fixed penalty notices on householders if their waste is discovered fly-tipped, where in the past they had to prosecute through the courts.

We can do our bit to ensure both a better environment and the risk of a fine, by checking to see if the company is registered with the Environment Agency online.

Seasonal workers are attracted to our Borough, as they are able to charge a higher rate for their services then in neighbouring towns.  Often, what they take away from your home will end up in the countryside.

​​An application for five x 2 bed flats and one x 1 bedroom flat on London Road has been submitted to the Local Authorities Planning Department.  I have been talking to residents who live nearby the proposed site for their views of the proposal.  On the whole, many agree that something needs to be done with the chalet bungalow that has become quite an eyesore.  However, the general feeling is that this proposal is out of character and would cause highways issues.  I have my own, separate concerns about this development that I have raised with the Planning Officer. For more information or to raise your concerns about this application, please contact me. UPDATE: This application has now been approved.

I have recently been asked by residents for an update on the suggested improvements to Junction 28 following the consultation. I am also personally pleased that Highways England have decided on option 5F as this was the preferred option of those residents I consulted with. You can find out more about the junction improvements by clicking on this link.

Following my efforts to address the nuisance parking in Westwood Avenue, Kavanaghs Road and Honeypot Lane, I am now pleased that Weald Close has been consulted to seek residents preferred measures to tackle this issue. A copy of the letter sent to residents of Weald Close can be seen  at the bottom of this page. 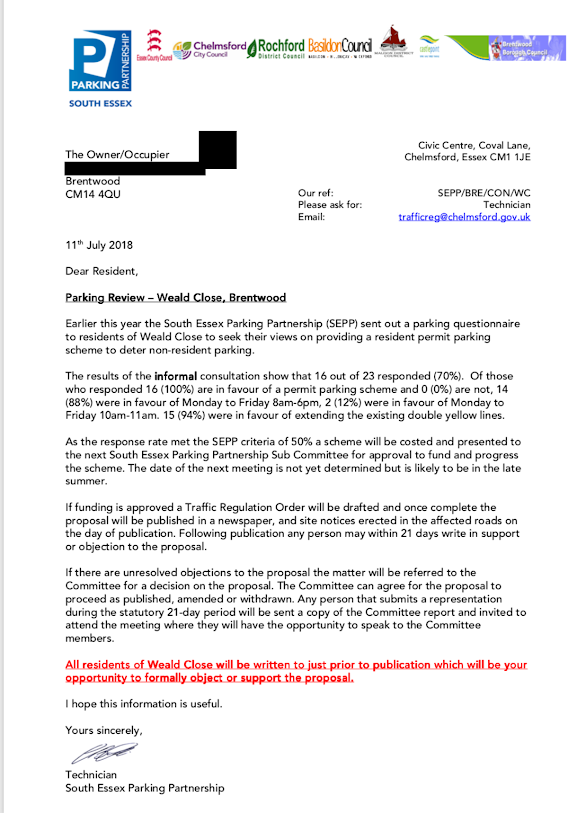